The Natal Coast runs from the Eastern Cape Province at the Southern end to Mozambique at the Northern end. It stretches along the warm Indian Ocean making its waters a pleasure to swim in all year round. It consists of the South Coast, North Coast, Elephant Coast and also includes a UNESCO World Heritage Site – the iSimangaliso (Greater St Lucia) Wetland Park. The capital of the KZN Province, the spice city of Durban – is located along this coastline, and has South Africa’s busiest shipping Port.

This is a year round coastline which makes it ideal to include in your South African Itinerary. With the waters of the Cape Coast being the cold Atlantic, the Natal Coastline provides a more tropical experience. Some of the most remote, untouched stretches of beach in the country are along this coastline.

There are unique experiences to be had which include diving in pristine, “private” reefs, snorkeling locations for the whole family – and at the right time of the year – magic encounters with turtles!

We have a small hand-picked selection of beautiful properties which operate unique experiences along this coastline. One of our preferred suppliers, Wilderness Safaris runs a remote camp called Rocktail Beach Camp, where you can witness the spectacle of leatherback turtles nesting or babies hatching and making their way to the Ocean. Diving here is pristine and private – you will not see anyone else for miles!

Thonga Beach Lodge is a community run initiative. Located on an endless beach, within walking distance of some super snorkeling sites, are 24 thatched luxury suites, some with sea views. With plenty of activities on the cards you can pack each day or you can totally unwind and forget the rest of the world exists.

If the thought of turning your cell phone off is too much – then Durban is a hub of city activities, with an array of beaches, small towns and rolling green hills. 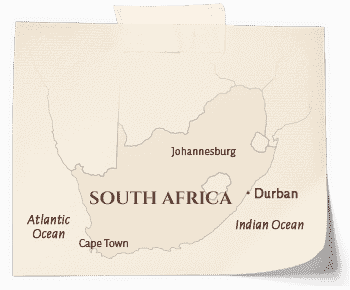 About "Durban and The North Coast"

These clients from Texas had plenty of time and wanted a thorough taste of Southern Africa. Ilze put together a fabulous highly personalised journey which included Cape Town, the Winelands, Victoria Falls, a Big Five safari in the Kruger area and then a few days on the coast north of Durban. Read their detailed review of top restaurants, the locals they met and of courser the hotels and safari lodges we chose for them.