If the Great Migration were a famous opera, then the Masai Mara would be the stage. You can picture the scene. The Masai Mara in real life supersedes all expectations with its noble Masai pastoralists, big skies, grasslands and distinctive acacia trees. Add a million migrating wildebeest, zebras, Thompson’s gazelles and the predators that prey on them. Here is Nature’s award-winning production.

Established in 1961 and covering 580 square miles, the Masai Mara is simply a must do when visiting Kenya. Lying in the southeast of Kenya, the Mara (as it is affectionately known by locals) is home to the largest concentration of large mammals on the planet. As the ancient homeland of the Masaai tribe – with their distinctive appearance and welcoming attitude – the Masai Mara has also been recognized as an area of significant cultural importance.

Most famous for The Great Migration (nicknamed ‘The Greatest Show on Earth’), the best time to visit the Masai Mara is during the winter months of August to October when the migration is in full swing. During this time, the Mara witnesses a staggering 1.4 million wildebeest, 200 000 zebra and 300 000 gazelles travel from the neighboring Serengeti across the Masai Mara in search of greener pastures, complete with predators in tow. Witnessing this spectacle is nothing short of epic, and undoubtedly a memory to cherish for the rest of your life.

Whether it be by game drive, bush walk or a majestic hot air balloon ride, the seemingly endless plains of the Masai Mara will leave one feeling completely in awe of the natural world. With a vastness that’s almost incomprehensible, this is untouched Africa at it’s magnificent best. 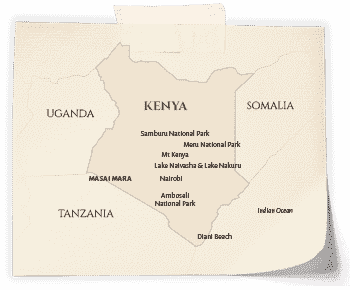