Singita Boulders is inspired by the boulders around the lodge and is one of the most recognized luxury safari lodges in Africa. It is contemporary and innovative, typifying the Singita style, it blends into the landscape of its location on the banks of the famous Sand River. The twelve suites at Singita Boulders boast outdoor decks, private plunge pools and fireplaces. The real draw card is the bathrooms, which feature huge baths next to a wall of glass – true decadence is soaking in a vast tub while looking at the wilderness below.The sense of space is the true luxury at Singita Boulders and design details like raw wood, stone and ethnic artifacts give the living areas warmth. The lodge boasts views from almost every angle, and decks invite visitors to linger and watch the antics of monkeys. Further game viewing at Singita is done by vehicle on sunrise and sunset drives with great chances of spotting leopard.

Boulders is well known for its excellent cuisine, which has a contemporary African flair. Breakfast is enjoyed under the Marula trees while dinner is next to the open fire at the boma. The wine cellar is a must-visit, as it is built around a large boulder and boasts around 35 000 bottles of South Africa’s finest wines. There’s also a wine boutique on site at Singita Boulders. Spaces for relaxing are numerous, whether visitors prefer a workout in the fully equipped gym followed by a massage treatment at the spa and a swim in the main pool; shopping at the Singita shop for local curious after visiting a local community village; or working up a sweat with mountain biking and archery. For some, the thought of relaxing in the lounge with some books from the library is solace enough.

Singita Boulders epitomizes stylish luxury with its contemporary approach to the safari experience, while making the most of Africa’s bountiful sights, produce and legendary hospitality. 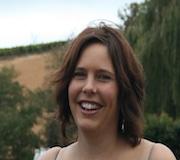 This couple from Germany had the most amazing time on their honeymoon. Starting off in Cape Town, then exploring the Winelands before taking the Rovos Rail north. Of course a highlight was their fabulous safari at Singita! They then spent a few nights at the Victoria Falls Hotel before going to Bain’s Camp in the Okavango Delta which included über romantic sky beds and star baths. To top it all they stayed on a private beach on an island in Mozambique.