By Vanessa Ratcliffe on 7 October 2011 in Client Testimonials

Liesl & Jeff, Thanks for checking in….we will get back to you with more granular details, but suffice it to say that the safari at Notten’s suggestion was utterly brilliant. We would go back for sure. The staff, the physical plant, the food, the execution was perfection. Kirkman’s was just ok (food not so good, rooms fine but not great, wildlife viewing spectacular.) In retrospect, Kirkman’s was bigger, had more groups, and we much preferred the more intimate setting of Notten’s– as a private camp.

Transfers and flights were fine. No disruptions.

Livingstone: the Victoria Falls were amazing. The Royal Livingstone Hotel was…..I would portray it as all dressed up for the party, with no understanding of protocol of how to act at a party. They had all the accoutrements, but poor in execution. I would say very poor.

More later…..trying to catch up on being out for so long, but wanted to give you some feedback. 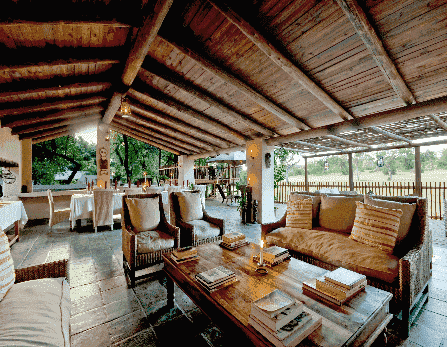