By Melissa Sutherland on 22 February 2017 in Blog

I recently spent a long weekend in Johannesburg which describes itself as ‘The New York of Africa’. Having been born and raised in Johannesburg and then spending six years in New York I was intrigued by the description.

Like New York, Johannesburg is big – in fact it is the 5th largest city in Africa with an estimated population of 5 million. Johannesburg sprung up as a result of the discovery of gold in 1886 and is the largest city in the world not located on a river, lake or next to the ocean.

The Four Seasons Westcliff Hotel is a must-visit on the Westcliff Ridge for its gorgeous spa and spectacular vistas. I enjoyed a wonderful cappuccino overlooking the old Johannesburg Zoo established in 1904. Growing up as a child in Westcliff I used to listen to the lions roaring at night – a tamed version of Africa from their zoo enclosures. The Four Season’s Westcliff has great views over leafy suburbs

The Saxon Hotel is another fabulous hotel to stay at. It is here where Nelson Mandela wrote his autobiography ‘Long walk to Freedom’.

The Gautrain is a shining example of the modernity of this African city and I was impressed by its efficiency cleanliness and easy accessibility from the airport. I almost got a R700 fine for taking a sip of my bottles water as no drinking or eating is allowed on the gleaming station platform!

Because time was limited I decided to re-discover my home town and go sightseeing on the Hop on Hop Off bus.

I did the Red City Day Tour which included 11 stops. The highlights were :

The Origins Centre at Wits University Centre  which tells the story of the origin and evolution of human beings in southern Africa and houses a huge array of artefacts and rock art.

The Carlton Centre  which is still the highest building in Africa towering 50 stories above the Highveld.

The City Centre in Braamfontein  with its Street Art and the Maboneng Precinct.

Constitution Hill is a conglomeration of historic buildings telling the story of South Africa’s transition from Apartheid to Democracy including the Constitutional Court and prison where both Nelson Mandela and Ghandi were imprisoned.

Gold Reef City  is perfect for children as it is an amusement park built around the gold mining history of Johannesburg.

The Apartheid Museum has recently been voted the best museum in Africa and the building was designed to resemble the prison-like conditions of Robben Island. Visitors can expect a two hour emotional journey exploring the rise and demise of Apartheid so be sure to build enough time into your itinerary. Tours are not recommended for under 12’s.

For those wishing to visit the famous township of Soweto and see where Nelson Mandela and Archbishop Tutu lived, there is an extension tour departing from certain stops on the hour.

GARDENS, SHOPPING AND EATING OUT

Johannesburg is known for its gorgeous gardens which are much in evidence. It also has over 7 million planted trees. There are plenty of fabulous malls as well as neighbourhood hubs in Johannesburg’s wealthy Northern suburbs.

Greenside has a great restaurant strip with food from all over the world. We enjoyed very good Thai noodles.

Parkview is located near the Zoo Lake which is a great place to go for an afternoon stroll. Parkview has a sweet village atmosphere where not much has changed over the past fifty years.  We popped in for excellent coffee at one of the many coffee shops and restaurants lining this tree covered avenue strip.

One of the similarities between Johannesburg and New York is that the inhabitants are very proud of their city. Both are vibrant, creative hubs and a few day in Johannesburg is a great introduction to the powerhouse of Africa before going on safari or down to the more tranquil beauty of the Cape. 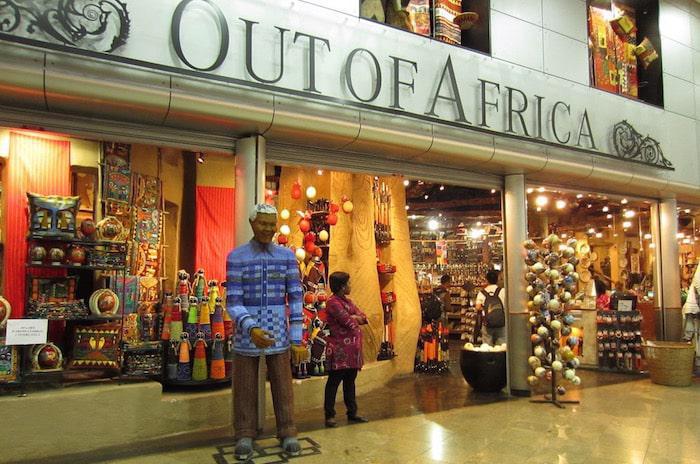