By Vanessa Ratcliffe on 7 November 2022 in Blog

When it comes to spectacular scenery, iconic landmarks and phenomenal photographic opportunities, an Africa trip offers you some of the best backdrops in the world. These are some of our recommendations for the most Instagrammable and photo-friendly safari destinations where your phone and camera are going to work overtime…

Africa’s natural beauty is beyond compare and when you add in the diverse range of wildlife and vibrant cultures you get some of the most photographed and shared landscapes on the planet, each filled with incredible subject matter begging to be captured and posted on your social media pages.

No matter whether you visit the Zambian side or the Zimbabwean, there’s no denying the absolute charisma of the world’s largest falling sheet of water! Best viewed from the air in a helicopter, the height and scale of the Victoria Falls is absolutely breathtaking. Make sure your phone is water-resistant if you want selfies with the falls behind you as the mist from all that water tumbling 355ft is going to drench everything! In the dry season when the flow is less dramatic you can access the death-defying Devil’s Pool from the Zambian side and swim right on the edge of the yawning chasm that is the main cataract. 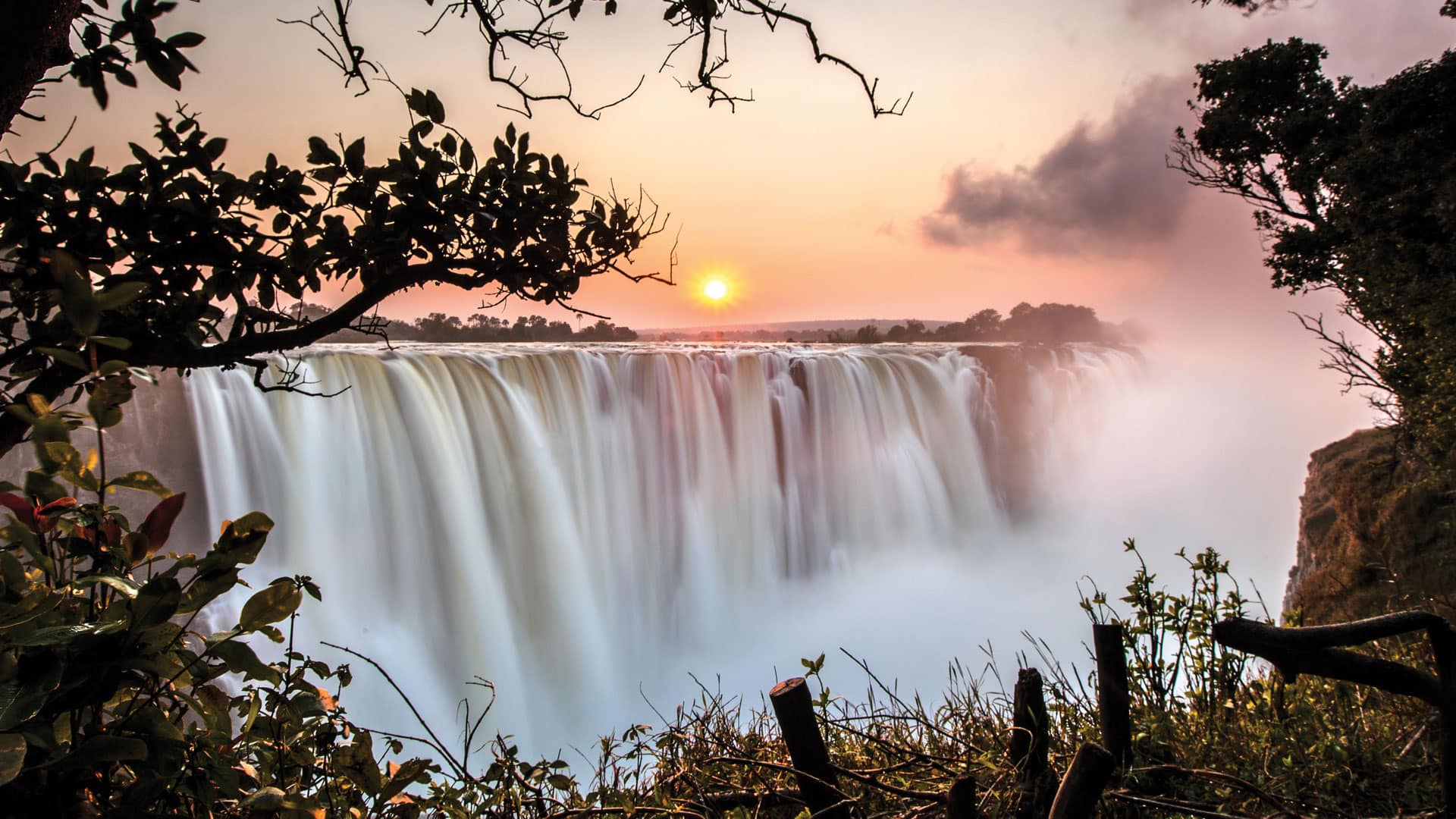 Source of the River Nile, Uganda

The world’s mightiest river begins in Uganda where it is quickly forced through a narrow gorge and over the awesome Murchison Falls, creating amazing white water in the process. Perched on a section of these turbulent waters is Lemala Wildwaters Lodge, recently voted as the second most Instagrammable tourism destination in the world. Located on a private island in the middle of the Nile as it rushes over and between rock formations just 25km downstream from the town of Jinja, the lodge has been built out over the rapids that seem to threaten to consume it from every angle. This is without a doubt one of the most exciting places to stay in East Africa!

The world’s tallest sand dunes have literally put Sossusvlei on the map, thanks to their distinct red sands and the spectacular landscapes of the Namib Naukluft National Park. Coupled with the pale white deposits and petrified trees of Dead Vlei, this has to be one of the most incredible, visually sensational destinations in Africa. Best visited early in the morning as the sun begins to make its ascent, Sossusvlei is a photographer’s dream come true with the rich colours of the sand dunes standing in stark contrast to the deep blue of the vast skies above it. Try a hot-air balloon flight over it and the endless dune sea of the Namib for an alternative point of view.

If it’s iconic mountains and animals you’re after, it doesn’t get better than Amboseli. This is where Africa’s highest mountain and the world’s largest free-standing mountain – Kilimanjaro – rises through the clouds, towering over the plains beneath it that are home to huge herds of elephants. It’s the most legendary view of Africa, with the distinct volcanic peak topped by snow in the background and the world’s largest land mammal dominating the foreground. Fun fact: Kilimanjaro is in fact located in its entirety in neighbouring Tanzania but the best view of it is here, in Kenya. Don’t forget your selfie-stick!

For an other-wordly landscape like no other, the vast white pans of the Makgadikgadi are hard to beat, dotted with rocky islands that are home to ancient, giant baobab trees. The remains of an ancient lake, the pans can be explored on quad bike, horseback or from the air and the night skies are some of the clearest on the planet, making it the perfect place for a billion-star sleepout and incredible photographs of the Milky Way. Add to the mix habituated meerkats that like to use humans as lookout posts and you have an Instagram winner!

This is where a river empties its waters into the sands of the Kalahari, creating one of the most beautiful, lush wetlands on the planet that’s home to an incredible diversity of wildlife. Dotted with islands of tall riparian trees and intersected by countless channels, lagoons and oxbow lakes of crystal clear water, the Okavango is simply magical. Take a slow mokoro ride through the gently swaying reed beds for a hippo’s eye view of life in the Delta or soar above it in a helicopter for sweeping vistas of life in abundance…

Perhaps the ultimate photo opportunity in Africa, between July and September each year more than a million wildebeest and huge herds of zebra have to cross the Mara River to access fresh grazing in the legendary Maasai Mara. The act of crossing the croc-filled river is both dramatic and brutal and allows avid photographers to capture the raw essence of wild Africa. This is where video comes into its own too, so brush up on your filming skills and prepare to have your mind blown!

Consistently voted as one of the world’s most beautiful cities, Cape Town is off the charts when it comes to sensational photo opportunities! With Table Mountain providing one of the best natural backdrops to an urban setting and the 12 Apostles and Lion’s Head peak coming in close behind, South Africa’s Mother City is an Insta fan’s dream destination. Add in the turquoise waters, rocky outcrops and obliging African penguins of Boulders Beach and the spectacular white sands of Clifton and Camps Bay and you are in for a real treat. You’ll also get a wonderful urban vibe at the Victoria & Alfred Waterfront which is filled with colour and street-style action.