By Cameron Duncan on 9 January 2014 in Africa, Tanzania

The Great Migration – otherwise known as the greatest spectacle on Earth – is an annual phenomenon whereby between one and two million wildebeest and zebra migrate from the northern Serengeti to the southern Serengeti in order to follow the life-giving rains and abundance of food. The migration is a massive drawcard for Tanzania and Kenya and lays claim to being the largest mammal migration on the planet.

This year the migration is a bit out of kilter as there are still big herds in the north which is unusual for this time of year as, by now, most herds are already in the south. Some animals actually turned around and went back north after beginning the migration south too early!  We’ve received word though from camps in the area that those stragglers have now started to head south again. This means that we’re witnessing a lot more river ‘crossings’ at this stage of the year than any in recent history.

Our guests in the north who were not expecting to see the migration have hit a spot of good fortune whilst, conversely, our guests who headed south specifically may be a bit disappointed – but thankfully not for too long it seems. 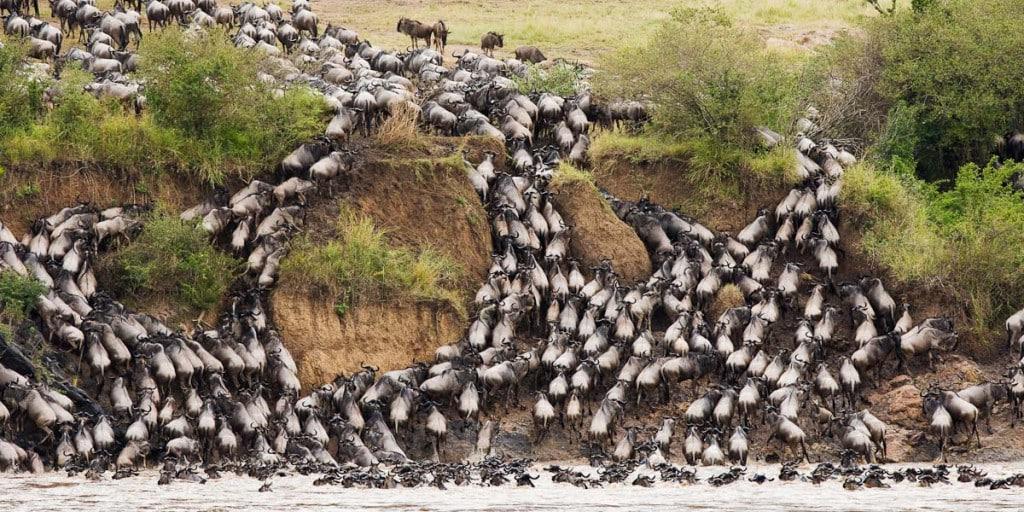